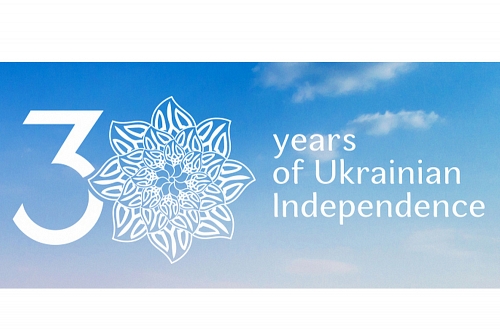 September 05, 2021 - To mark Ukraine’s 30th independence anniversary, the OpenDoorUkraine.NL foundation will hold a hybrid conference in The Hague on Tuesday, September 14, 2021, on the theme: UKRAINE’S PLACE IN EUROPE: Achievements and Challenges after 30 years of Independence. You are welcome to join this event online via livestream.
OpenDoorUkraine.NLNetherlandsBusinessGeopoliticsPolitics 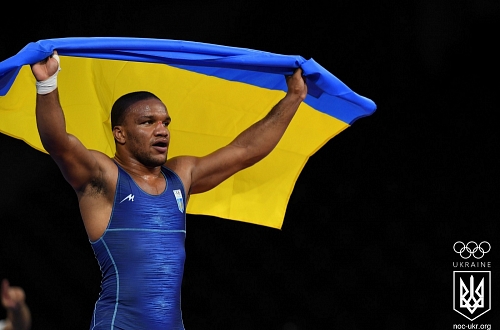 Ukraine wrestles its way up the Tokyo Olympics

August 08, 2021 - After a less than stellar start, Ukraine’s team at the Olympics in Tokyo made a spectacular push in the last days of the Games, thanks to its wrestlers.
Sports 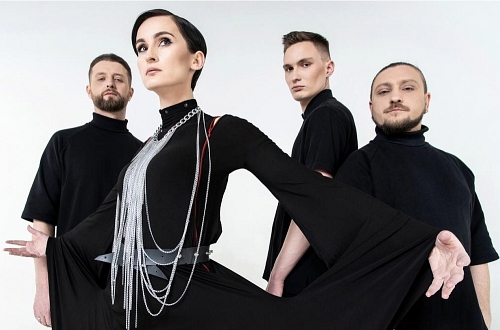 May 23, 2021 - ODU - CULTURE · Ukrainian electro-folk band Go_A finished at 5th place in the 2021 Eurovision Song Contest in Rotterdam. The group won especially thanks to the televoters, that found Ukraine the second best act of the festival.
NetherlandsMusicPop

May 09, 2021 - ODU - CIVIL SOCIETY / CULTURE · Manhattan, the Big Apple and Broadway seem worlds away from the Donbas. But that hasn't stopped the inhabitants of the small eastern Ukrainian town of Novhorod in Donetsk region from reclaiming its original name: Нью-Йорк, or New York.
Donbas conflictUNCivil SocietyNetherlandsUSAHistoryDonbasMennonites 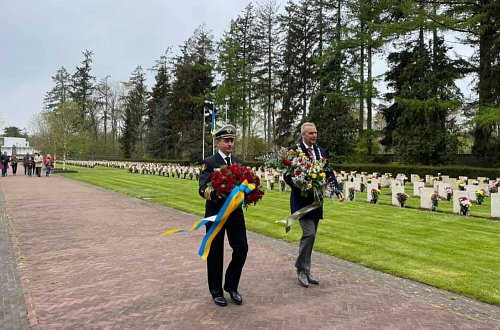 Ukraine pays respect to its WWII victims in the Netherlands

May 09, 2021 - The Ukrainian Embassy and the Ukrainian community in the Netherlands paid their respects to Ukrainian WW2 soldiers who are buried in the Dutch town of Leusden. On May 8, together with representatives of the municipality, they laid a wreath at the Soviet War Cemetary.
NetherlandsHistoryRussiaWWII 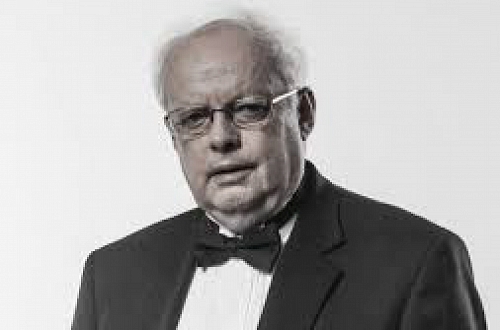 June 03, 2020 - ODU - CULTURE · Ukraine has lost one of its best-known contemporary composers, Myroslav Skoryk, who passed away in Kyiv aged 81. He leaves behind a prolific musical legacy of piano pieces, concertos for violin, for cello and for piano, operas, ballets, film scores and religious works.
CoronaMusicClassicalJazz 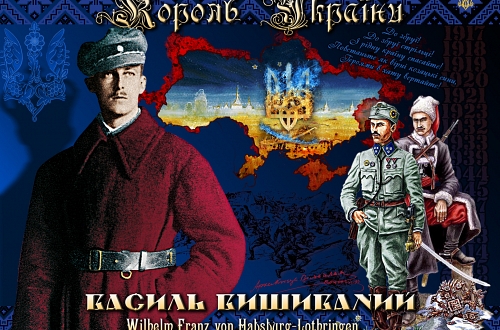 “King of Ukraine” returns home as an opera star

March 01, 2020 - ODU - CULTURE · This spring, 125 years after his birth, the former would-be king of Ukraine will return to his country and take the stage. The opera “Vyshyvaniy, King of Ukraine” will have its premiere on May 29 at the Lysenko National Academic Opera and Ballet Theatre in Kharkiv.
OperaHistory 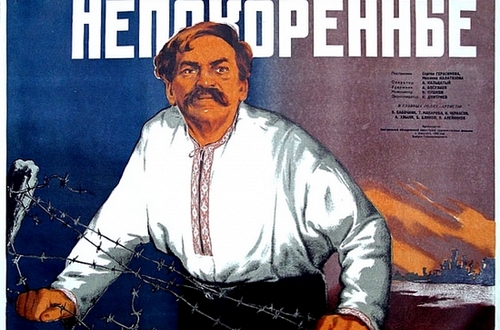 January 27, 2020 - ODU - CULTURE · Ahead of the international commemoration of the Holocaust today, 75 years afer the liberation of Auschwitz, Ukraine has announced it will finance a movie project on Babyn Yar near Kyiv, where over 100,000 Jews and other victims of the nazis were murdered during World War II.
FilmHolocaustStalinismWWII 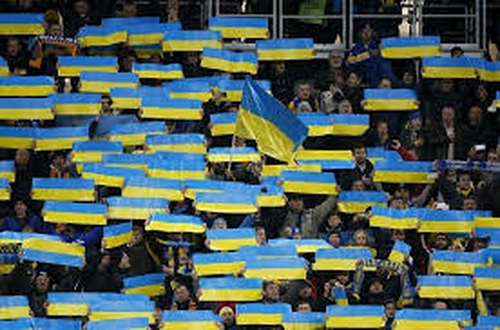 January 24, 2020 - ODU - CIVIL SOCIETY · The Ukrainian government has used a new type of electronic census to count the country’s population. The study (view here) shows that there are now 37,289,000 people living in Ukraine.
EconomyPopulationIT 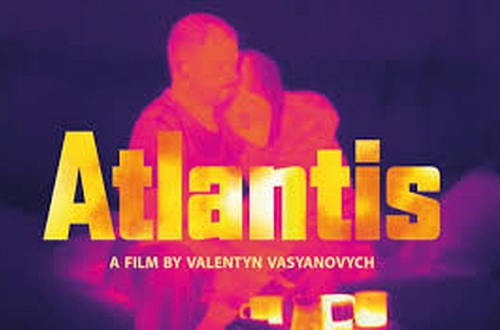 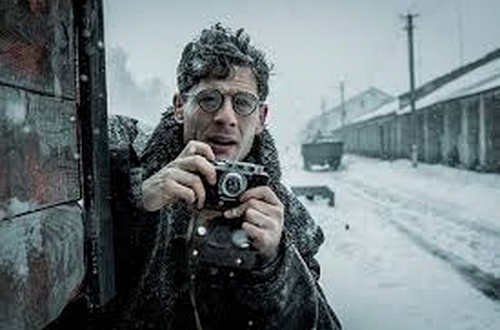 December 03, 2019 - ODU - CULTURE · A new international feature film is bringing the tragedy of the Holodomor – the famine in Ukraine caused by Soviet dictator Stalin during 1932-1933 – to the big screen. “Mr. Jones”, a Polish-British-Ukrainian co-production by Oscar-nominated director Agnieszka Holland, had its public release in Ukraine and Poland late November.
FilmHolodomorJournalismFake news 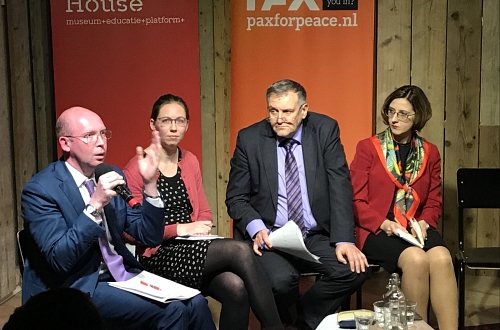 November 01, 2019 - ODU - CIVIL SOCIETY · The crisis in eastern Ukraine, and the possible role of the European Union in bringing peace, took centre stage during a discussion in The Hague on October 30. The event, organised by Dutch NGO PAX for Peace and the Ukrainian Embassy, was co-hosted by OpenDoorUkraine.NL.
Donbas conflictCrimeaNGOsCrimean TatarsSecurityPeaceOpenDoorUkraine.NL 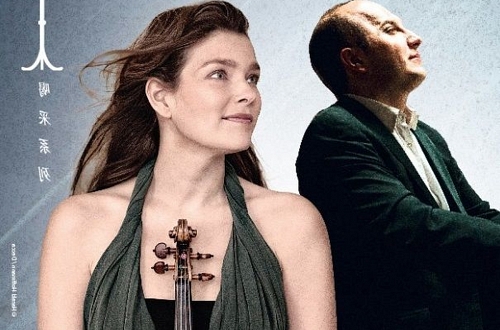 November 01, 2019 - ODU - CULTURE · Ukrainian-Australian pianist Alexander Gavrylyuk has recorded a cd with the reknowned Dutch violinist Janine Jansen, her first album since four years. The recording is only available in the Netherlands until the end of the year – not for sale, but for free.
MusicClassical 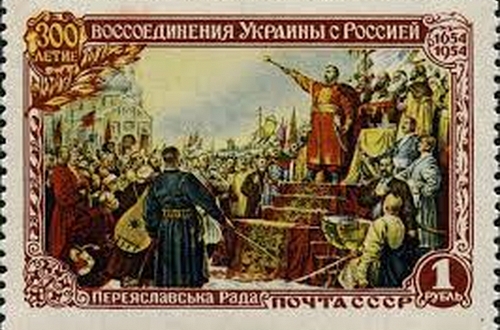 City of Pereyaslav cuts out cossack hero from its name

Oktober 30, 2019 - ODU - CIVIL SOCIETY / CULTURE · The central Ukrainian city of Pereyaslav-Khmelnitsky is reverting to its original name “Pereyaslav”, deleting the reference to 17th century cossack leader Bohdan Khmelnitsky. The decision by local authorities was confirmed by the national parliament in Kyiv on 29 October by 267 of the 450 MPs.
HistoryPereyaslavBohdan KhmelnitskyDecommunisation 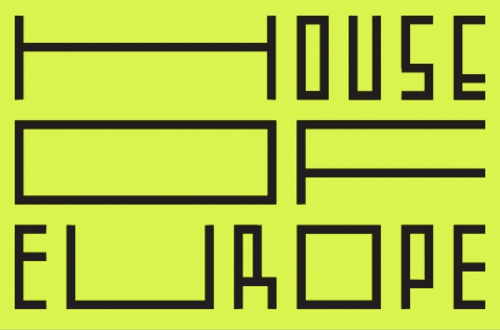 Oktober 21, 2019 - ODU - CULTURE · The European Union has launched the House of Europe project to support cultural and educational projects in Ukraine. Creative Ukrainian minds can apply for 20 grants, that will be funded for a total of €12.2 million.
EUEducationCulture 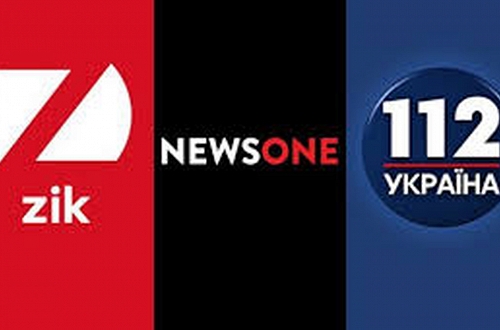 Oktober 17, 2019 - ODU - CIVIL SOCIETY · Media and politicians in Ukraine are worrying about pro-Russian operators who are gaining control of news and tv channels. The acquisition of west Ukrainian tv news channel ZIK by a crony of pro-Putin oligarch Viktor Medvedchuk this summer prompted an investigation by parliament.
MediaOligarchsParliament 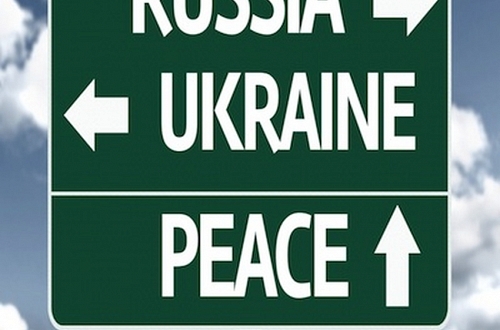 Oktober 13, 2019 - OpenDoorUkraine.NL will co-host a debate on “The European ‘Peace Project’ at a Crossroads, Challenges and Opportunities”. This meeting, which will take place in The Hague on October 30, will discuss the role of the European Union as a peace actor in relation to the conflicts in the eastern Ukrainian Donbas region and elsewhere in the EU’s eastern neighborhood.
Donbas conflictOpenDoorUkraine.NL 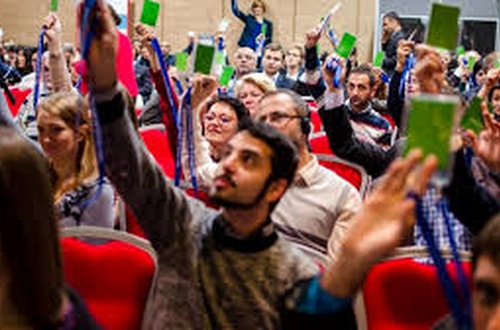 Oktober 11, 2019 - ODU - CIVIL SOCIETY · Ukrainians are not very actively engaged in civic actions, but they are aware of their rights and often ready to support NGO’s, according to a recent opinion poll. Corruption is recognised as the country’s biggest problem, and people expect someone to do something about it: in the first place, the president.
Civil SocietyNGO'sCorruptionDiversityCivil rights 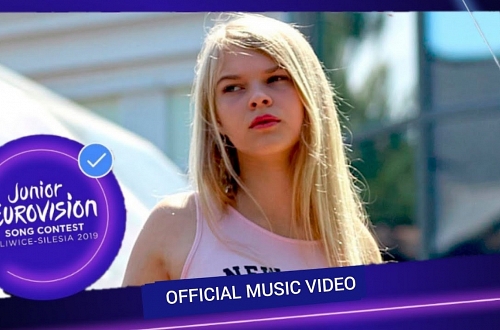 Oktober 08, 2019 - ODU - CULTURE · 13-year old Sophia Ivanko from Kyiv will represent Ukraine at the Junior Eurovision Song Festival. She will sing “The spirit of music” at the festival in Gliwice-Silesia in Poland on November 24. One of her 18 opponents will be Dutch singer Matheu (also 13).
Music 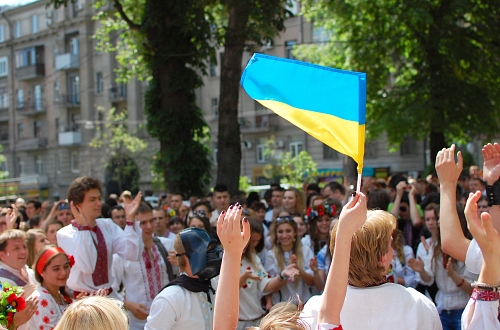 Oktober 07, 2019 - ODU - CIVIL SOCIETY · At its latest Board meeting in The Hague, OpenDoorUkraine.NL (ODU) has decided that, from now on, it will help to promote the empowerment of Ukrainian civil society. This new focus has been included in its mandate and has already resulted in a cooperation with Ukrainian NGOs on two projects.
OpenDoorUkraine.NLNGO'sCorruptionEnvironmentEnergyHuman rights 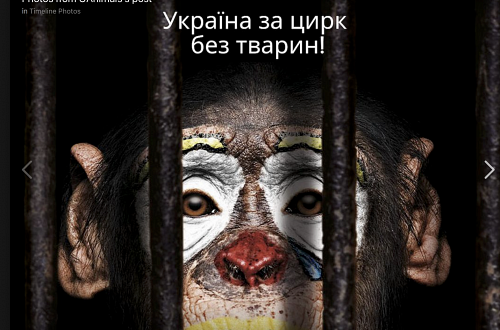 Oktober 06, 2019 - ODU - CIVIL SOCIETY · If you’ll be visiting a Ukrainian state circus, don’t be surprised if you don’t see any bears, lions or elephants. Ukraine’s Culture ministry has decided to stop buying animals for state circuses. A working group will develop a plan to withdraw animals from such circuses as soon as possible.
NGO'sAnimals 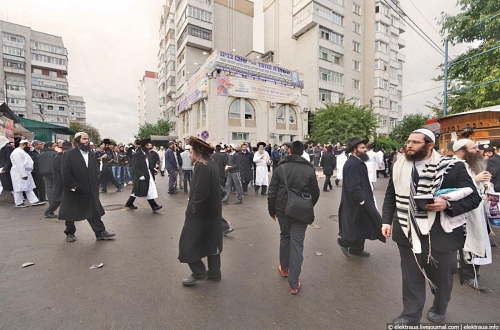 Oktober 02, 2019 - ODU - CIVIL SOCIETY · Up to 27,000 orthodox Jewish believers have descended on Uman in Central Ukraine to pray at the grave of rabbi Nachman of Bratslav during Rosh Hashanah, the Jewish New Year from September 29 to October 1.
JewishReligionTourism 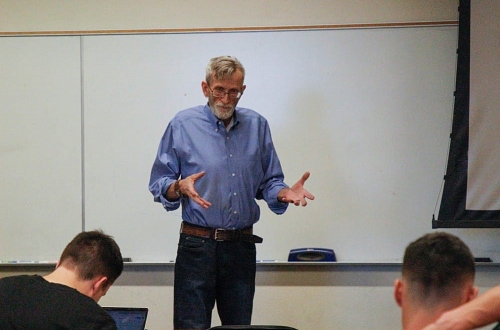 September 27, 2019 - ODU - CULTURE · US historian Mark von Hagen, a pivotal figure in the studies of Ukraine in the West, has died aged 65. He was known for leading a crucial investigation in media reporting during the 1930s on the Holodomor.
HistoryHolodomorUkrainologyDisinformation 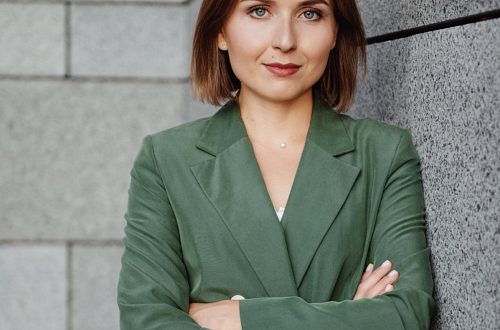 September 02, 2019 - ODU - CULTURE · The University of Maastricht in the southern Netherlands can take pride in the meteoric career of one of its Ukrainian alumni: Hanna Novosad, who was appointed Minister for Education and Science in the new Ukrainian government – making her (one of) the education youngest ministers in Europe.
NetherlandsEducation

August 29, 2019 - ODU - CULTURE · The Ukrainian Oscar Committee has selected its candidate film for the 2020 Academy Awards: “Homeward”, a Crimean Tatar family drama that reflects the turbulent events in Ukraine of the past five years.
CrimeaCrimean TatarsFilm 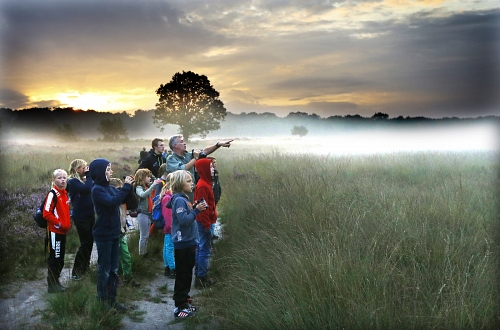 A new find in the Veluwe: Did the Dutch people have Ukrainian forefathers?

August 09, 2019 - ODU - CULTURE · Just as OpenDoorUkraine.NL is preparing to participate in the Ukraine Days that will be organised in Dutch National Park De Hoge Veluwe, archeologists have made a unique find in this natural area: the prehistoric ancestors of the Dutch may have been Ukrainian immigrants.
NetherlandsHoge VeluweHistoryArcheology 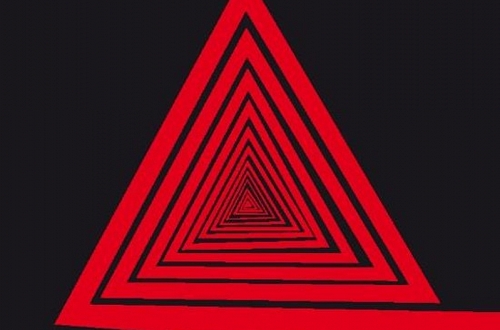 Novel by Ukrainian journalist Butchenko gets first publication in Dutch

July 29, 2019 - ODU - CULTURE · A Dutch première for Ukrainian author Maksim Butchenko: his book De Rode Driehoek (The Red Triangle) has been translated into Dutch, making it the first international publication of this historical novel.
LiteratureBooks on Ukraine 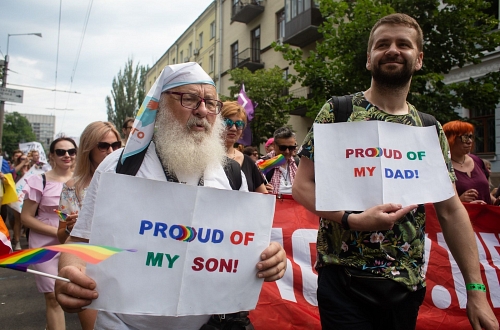