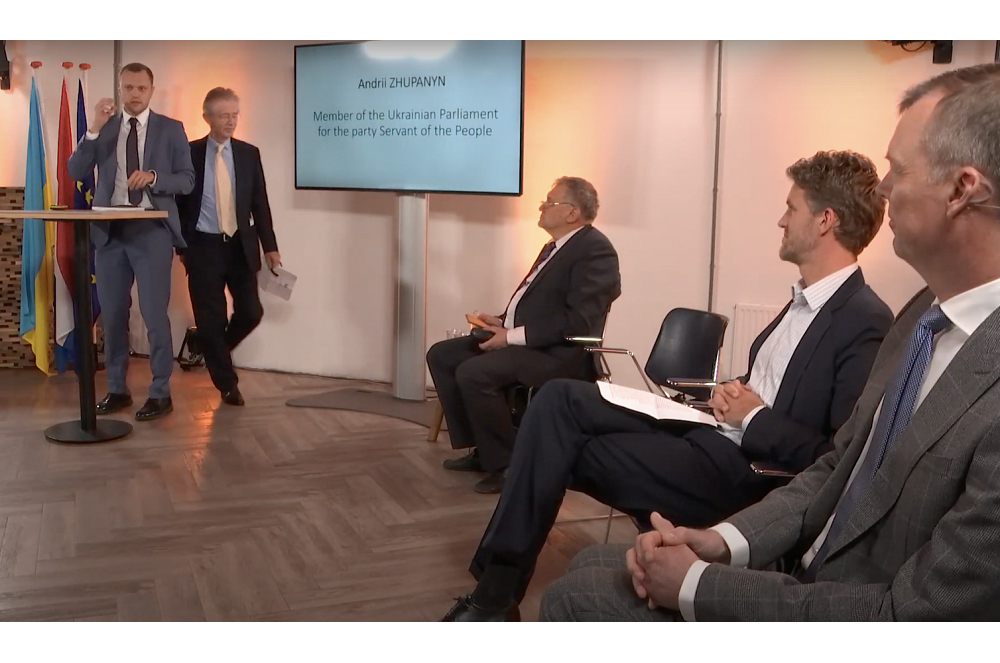 ODU · Achievements and challenges of Ukraine during the past 30 years of its independence was marked in The Hague by a special anniversary conference organized by OpenDoorUkraine.NL (ODU) in cooperation with the Embassy of Ukraine in the Netherlands. In a political panel, speakers discussed how Ukraine consolidated and bolstered its national unity and identity during this period, in spite of all its internal diversities and the ongoing war with Russia’s proxies in the East.


In his keynote speech, professor Oleksiy Haran of the Kyiv-Mohyla Academy University (see at 00:02:58 in the video) offered a statistical overview that showed how far Ukraine has come after 30 years of independent statehood. Growing up under the Soviet regime, Haran said, “I was a russified Ukrainian. Basically, I couldn’t speak Ukrainian when I left university. But I always understood that I was a Ukrainian.”

That understanding is now firmly established in Ukraine, according to sociological research conducted by Haran’s Democratic Initiatives Foundation. More and more inhabitants are proud of being citizens of Ukraine, and agree that citizens should speak Ukrainian. “We now have a Ukrainian political nation that embraces everybody, despite differences in language, ethnicity, religion, etc.”

Paradoxically, this process of national identity building gained steam since the EuroMaidan “Revolution of Dignity” and the war against Ukraine fomented by Russia’s president Putin in 2014. Instead of bringing Ukraine into the Russian fold, it accentuated the split between the two countries. Most Ukrainians now disagree with their Russian neighbors on Stalin and World War 2; they support their country’s pro-Western orientation and see Russia waging war against Ukraine.

Ukraine is thus still facing a deadly external threat in the east, but this is still not fully realised in the West, said Andrii Zhupanyn, Member of the Ukrainian Parliament for president Zelensky’s party Servant of the People (00:24:27). He was shocked by the lack of interest that he encountered in the West, notably in the Netherlands when he was studying at Leiden University. “When the MH17 plane was shot down in 2014, my co-players on the football pitch told me: ‘Oh, that’s so far away, we don’t know who did it, and anyway we have our own problems here’.”

Covid and increasing nationalism may lead EU countries to become even more inward-looking. But Zhupanyn argues that it is in Europe’s own interest to support Ukraine if it wants to defend the EU’s values and borders. “Together we can contain and restrain countries like Russia that pose a threat to Europe’s territorial integrity and its rights and freedoms.” In the meantime, Ukrainians themselves have a lot to do to capitalize on the cooperation with the European Union, which was grounded in the joint Association Agreement of 2015 and in visa-free travel for Ukrainians to the EU.

Bob Deen, co-ordinator of Clingendael Institute’s Russia and Eastern Europe Centre and REKA knowledge alliance (00:35:15), sees that Ukraine now has a strong sense of purpose and is willing to fight for it since the Kremlin’s intervention in 2014. That was very different when Deen was in Ukraine for the OSCE in 2007. “Back then, I found a country that was not in full agreement with its nationhood. It was divided over language, history, and pluralism and the style of government.”

But in a way, these differences have helped to make Ukraine a pluralist country governed by democratic processes. “Ukraine is too big, too complicated, and too regionally diverse to be ruled by a strong central authority or by a single oligarch. And maybe that’s a good thing.”

Moreover, says Deen, Ukrainians are acutely aware of the democratic processes that rule their country, as well as of the powers that may lie behind them. “I was impressed that a taxi driver in Kyiv could tell me at the time which oligarch owns what companies and how many MPs he controls in the Verkhovna Rada (parliament). Here in the Netherlands, most people don’t know who owns Shell!”

Ukraine’s sense of community in adversity was reflected in a story told by Alexander Hug, an expert on conflict resolution and security who served as Deputy Chief of OSCE’s Special Monitoring Mission in Ukraine (00:45:34). Every year on September 4, the people from the village of Shirokine near Mariupol on the Azov Sea, close to the “Contact Line” that separates the Ukrainian army from Russia-supported separatist fighters in the Donbas, come together. The villagers remember how they were forced to flee the invasion from the East on that day in 2014. Every year, they promise not to give up, and to support each other.

Since the war broke out in 2014, the military situation is static. The Minsk Agreements of 2014-2015 did manage to contain the problem, but not to solve it. Measures in “Minsk” to reduce the fighting and killing remained largely a dead letter: the ceasefire agreed on paper has been reaffirmed 17 times, but it is violated several times every day – with deadly consequences.

“For western Europeans like myself, brought up on a diet of EU integration under Jean Monnet and Robert Schumann, it is difficult to understand that such a 19th century power grab as in Ukraine can happen in the 21st century”, Hug says about the conflict. Because of this miscomprehension, international actors focus only on the narrow context on the ground: whether mortars were fired from Donetsk to Marinka, or the other way around.

Experts in peacebuilding and conflict resolution don’t have the appropriate tool kit to solve the problem, and international organisations and third states involved in the negotiations decided to put the issue on hold. The lesson of the war in Ukraine is that there are no easy answers, Hug admits. “But we need to recognize that in this conflict, the way to balance power and interests is to be found in victory, defeat, compromise, or peace.”

Summing up, the moderator of the conference, former Dutch defence minister prof. Joris Voorhoeve, stressed that Europe and the Netherlands would serve their own interests by extending their support to Ukraine. “Ukraine is a growing democracy with a large population, great resources, a marvelous country to invest in and a partner to build the future of Europe.”

Read the web article on the economic panel of the ODU conference "UKRAINE’S PLACE IN EUROPE: Achievements and Challenges after 30 years of Independence", held in The Hague on September 14 2021 here.

Watch the video of the conference here.