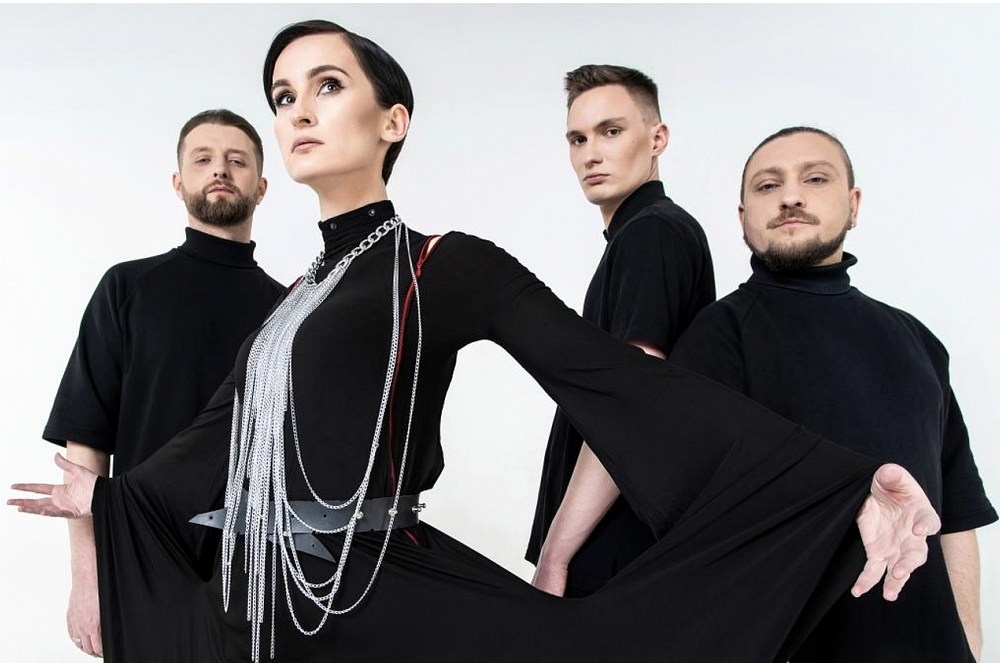 ODU - CULTURE · Ukrainian electro-folk band Go_A finished at 5th place in the 2021 Eurovision Song Contest in Rotterdam. The group won especially thanks to the televoters, that found Ukraine the second best act of the festival.

Go_A did well among the national juries, who granted the Ukrainians 9th place with 97 points from 20 countries all over Europe (and Australia). They received a.o. "douze points" from neighboring Lithuania, 10 from Belgium, 8 from Sweden and 3 from the Netherlands (and 0 from Russia).

But the biggest boost came from the televoting by viewers, which added a whopping 267 points: the highest popular score after Italian winner Måneskin. Go_A's fans came mainly from Israel, France, Italy, Poland, Australia and Portugal. Commentators noted that Ukraine - like Italy - profited from a trend whereby the public rewarded authenticity and singing in the national language.

The band, formed in Kyiv in 2012, had already been selected for the contest last year with their flute-driven song “Solovey”. But after the festival was cancelled in 2020 due to corona, they chose to perform the song “Shum”, a traditional incantation to celebrate the arrival of spring (and the first Eurovision entry that was fully in Ukrainian). The title is a play of words, as “shum” is the spirit of the forest but also means “noise”.

This pretty much sums up their main inspirations: an evocation of spring based on folkloric Ukrainian – especially Carpathian – music and dance, but with a modern hard-edge dark techno dance beat. “We're combining ancient Ukrainian rituals with the world of cyberpunk”, says band member and producer Taras Shevchenko.

Ukraine has done pretty well since it first joined the contest in 2003. It won twice, first with Ruslana’s “Wild Dances” in 2004, and then with Jamala’s Crimean Tatar lament over Soviet deportations “1944” in 2016 (two years after the Russian annexation of Crimea).

Verka Serduchka hit the Number 2 spot in 2007 with “Dancing Lasha Tumbai” (and also won a fan award for worst dressed artist of that year's contest), as did Ani Lorak a year later with “Shady Lady”. Ukraine's National Television Company skipped the contest in 2015 because of the uncertain financial and political situation caused by the conflict with Russia and pro-Russian forces in eastern Donbas.

For more information, click on the hyperlinks in article or below.