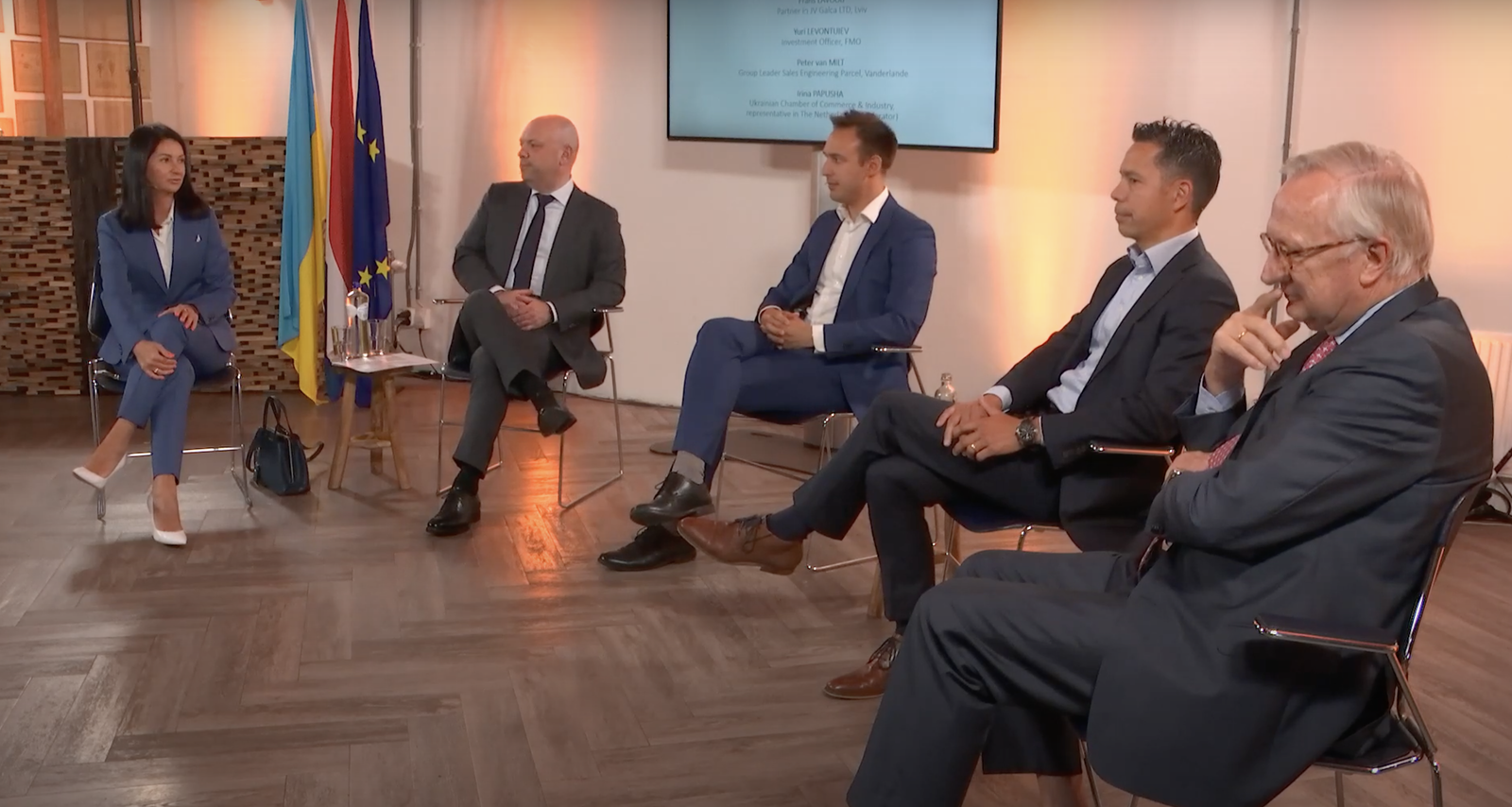 ODU - ECONOMY · In 30 years of independence, Ukraine has continually offered business opportunities for Dutch companies. At the economic panel of the anniversary conference hosted in The Hague by OpenDoorUkraine.NL (ODU) with support from the Embassy of Ukraine in the Netherlands, businessmen from both countries discussed the windfalls and pitfalls of investing in Ukraine.


Ukraine has much to learn from the Netherlands. For that reason, Ukraine’s energy giant DTEK established a subdivision for renewable operations in Amsterdam, in order to build on Dutch know-how and competitiveness, said its director Oleksandr Kucherenko. In Ukraine, the company developed solar and wind farms with a capacity of 1 Gigawatt and is pushing for decarbonization, hydrogen as an energy source, and the introduction of battery storage. Here, business dovetails with the agenda of the government, that wants to decouple the country from the Russian-Belarusian energy system and follow the EU Green Deal goals.

For Dutch entrepreneur Frans Lavooij, who started in Ukraine nearly 30 years ago with Lviv coffee company Galca, the key to this success was the Ukrainian technical expertise, said Lavooij. “If we make new investments, we buy one piece abroad and have our technicians build a copy. The first time, I asked: ‘Are you sure this is going to work? This is sophisticated material, you know!’ But they surprised me every time.”

DTEK's Kucherenko sees the people as Ukraine’s greatest asset. “I once visited Silicon Valley and was surprised to find a former student of mine as chief IT manager in Mark Zuckerberg’s office. I was very proud, but also upset that this young man hadn’t been able to pursue his career at home.”

A key factor to achieve business success in Ukraine is to have a reliable, well integrated partner that can help you to avoid making mistakes. Take time to find one, is Lavooij’s advice, and Peter van Milt agrees. His firm Vanderlande develops automated material handling systems for airports, warehouses, etc., and started working on projects incidentally in Ukraine from 2007 on. But their involvement there got a firm base only after they started partnering with postal company Nova Poshta in 2014.

“Over time we have established a fruitful and successful relationship of trust. We developed their first automated system for handling 8000 parcels per hour, and by next year they’ll have cranked it up to 250,000.” From their side, Nova Poshta, being a delivery company, helps Vandelande to get the material it needs for projects in Ukraine cross the border.

For a good relationship, you first have to overcome cultural differences. “When you arrive from the Netherlands to Ukraine, you need someone to help you cross that bridge”, says Yuri Levontuiev, who works in agribusiness for the Dutch development bank FMO. “I remember once we were meeting counterparts in central Ukraine. In my work small talk is important, but these people only gave short answers to all our questions. Only at the end of the day, once we joined them in the sauna and drank and dined with them, the conversation started flowing – and didn’t stop!”

Lavooij recalled that, when he started doing business in Ukraine, corruption was endemic, but it’s significantly less now. “The best remedy is to be part of the community. We developed a system of investments in schools, hospitals and other local projects. It was remarkable how quickly we dropped off the list of favorite targets for corruption!”

While corruption has receded, Ukraine’s legal system is still difficult for foreign investors to understand. “There’s a huge turnover of documents, which need to have the right stamps in the right colour”, Levontuiev sighed. “But I must say that it’s been getting better in recent years.” Panel moderator Irina Papusha, who heads ODU’s economic table, is confident that the development of digital government in Ukraine will put an end to many of such problems.

Reforms too can help to improve the situation. “We definitely can see the changes brought about by reforms, but much depends on how they are implemented”, said Kucherenko. They also give an important signal to Ukraine’s young: “The young generation requires more and faster changes, further integration with the EU, through close cooperation between state and business.”

The participants continue to be optimistic about doing business in Ukraine. Levontuiev: “When I started working on agribusiness in Ukraine years ago, it was mainly about grains like wheat and corn. Now, companies are producing frozen berries, tomato pastes and other processed food products. People in Ukraine are very entrepreneurial, they’re continually learning and developing new skills and products.”

Read the web article on the political panel of the ODU conference "UKRAINE’S PLACE IN EUROPE: Achievements and Challenges after 30 years of Independence", held in The Hague on September 14 2021 here.

Watch the video of the conference here.